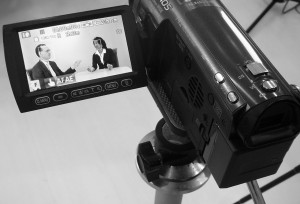 A Dutch CEO and an Indian consultant being outsourced  for a certain period of time at Dutch company X, become opponents of each other because of not achieving an agreed deadline. The communication focusses on the topic why the consultant hasn’t finished the requested presentation on due date. She tries to explain that she hasn’t understood that there was a deadline. That is not written in the previous sent e-mail, is her argumentation. ‘What has her own individual contribution been to having the problem solved?’ asks the CEO sarcasticly. Shouldn’t she have gotten back to him in time? The whole organization already knew for two weeks that this tender had to be finalized within a fortnight.

She continues to deplete in excuses and she reluctantly admits not getting along with  PPT 2010. ‘ Then you had to ask for help from your colleagues’, her manager snaps at her. ‘That is what I have done sir, but she is on holiday!’,  she replies being taken aback. ‘I don’t care what you do, but I need the presentation at the end of this day!’, is the final  word of the manager.’ The consultant becomes speechless and stupefied she leaves the CEO’s office.

This is one of many examples of an intercultural conflict in trade and industry where one is at wits end. Boards of international companies are often not aware of the far-reaching consequences of cultural influences and communication in the output and efficacy of working.

How this conversation could have resulted in a constructive way, is coming soon as a promotional film. The return of equivalence (hence interaction) and integration of two cultures is being disclosed: so it is a question of  ‘Together towards success! ‘.

This site uses Akismet to reduce spam. Learn how your comment data is processed.